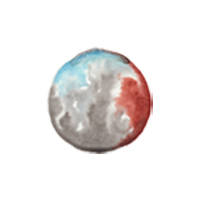 Uh-oh. Today we’re going to talk about the most controversial extraterrestrial body amongst our readers; Pluto.

Is it a planet? Isn’t it? Well for most of us, it depends how old you are and what you were taught at school.

Remember, when making a Planets In Time print, you can choose to include or exclude Pluto!

"If you slid Pluto to where Earth is right now, heat from the sun would evaporate all that ice, and it would grow a tail.

Now that's no kind of behavior for a planet"

Is it a Planet?

If you learnt about the cosmos in Physics as a child, you might be firmly fixed that Pluto is the 9th planet in our Solar System. But the truth is, it’s not! And here’s why:

There are some conditions that must be met by any extraterrestrial body around the Sun to be considered a planet, and Pluto doesn’t reach the bar.

The first of these conditions is that Pluto doesn’t clear its orbit of other extraterrestrial bodies, which means that there are other objects orbiting in the same orbit as Pluto. Secondly, Pluto’s orbit around the Sun isn’t circular like all 8 planets, rather, it’s oval in shape. Based on these behaviors, the international astronomical union changed Pluto’s classification from planet to dwarf planet back in 2006.

So far, so slow

Pluto is an icy dwarf planet, and it orbits the Sun at a distance of 5.8 billion kilometers (3.6 billion miles) in a place called the “Kuiper belt”, beyond the orbit of Neptune where many other dwarf planets exist. To put this distance in perspective, it’s nearly 40 times as far as the Earth is from the Sun, and it takes Pluto 248 years to complete one orbit around the Sun.

Because Pluto is so far away from the Sun, it doesn’t experience the same sunlight as we do on Earth. And the Sun itself doesn’t appear as bright in Pluto’s sky as it is on Earth.

The Sun’s brightness is 900 times less on Pluto, and there’s a way for you to experience that right here on Earth without traveling billions of kilometers. Click on this link and (according to your geological location) NASA will tell you when in the day does the sunlight feel most like noon time on Pluto.

Pluto is small - so small that it’s actually smaller than our own Moon!

What’s even smaller than Pluto, is its largest moon “Charon” which is about half the size of Pluto, and that makes it the largest moon in the Solar System relative to its planet/dwarf planet. And because how big Charon is relative to Pluto, they actually orbit each other in what NASA casually calls “moon dance.”

Pluto hasn’t been so lucky in terms of spacecrafts visiting it, the only spacecraft intended to reach and study Pluto was NASA’s “New Horizons” that launched back in January of 2006 and reached Pluto more than nine years later in July of 2015.

“New Horizons” brought back the most detailed photos of Pluto so far and helped scientists learn a lot about the dwarf planet.

The Heart of Pluto

One of the most remarkable details that was revealed by the spacecraft “New Horizons” is a heart shape on Pluto’s surface.

The heart shape is actually an enormous glacier made of nitrogen and it’s very important for the geology of the dwarf planet. Additionally, scientists suspect that an ocean of liquid water lies under this heart shape that would make Pluto one of the “Ocean Worlds” in the Solar System.